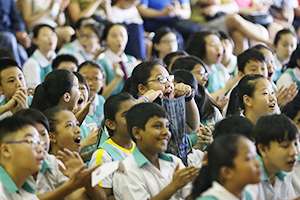 The King took the oath of office in the Istana Negara, or national palace, in Kuala Lumpur, on Dec 13.

Sultan Muhammad V, currently the ceremonial ruler of the conservative Islamic northern state of Kelantan, takes the national throne under the rotating monarchy that has been in place since the country’s independence from Britain in 1957.