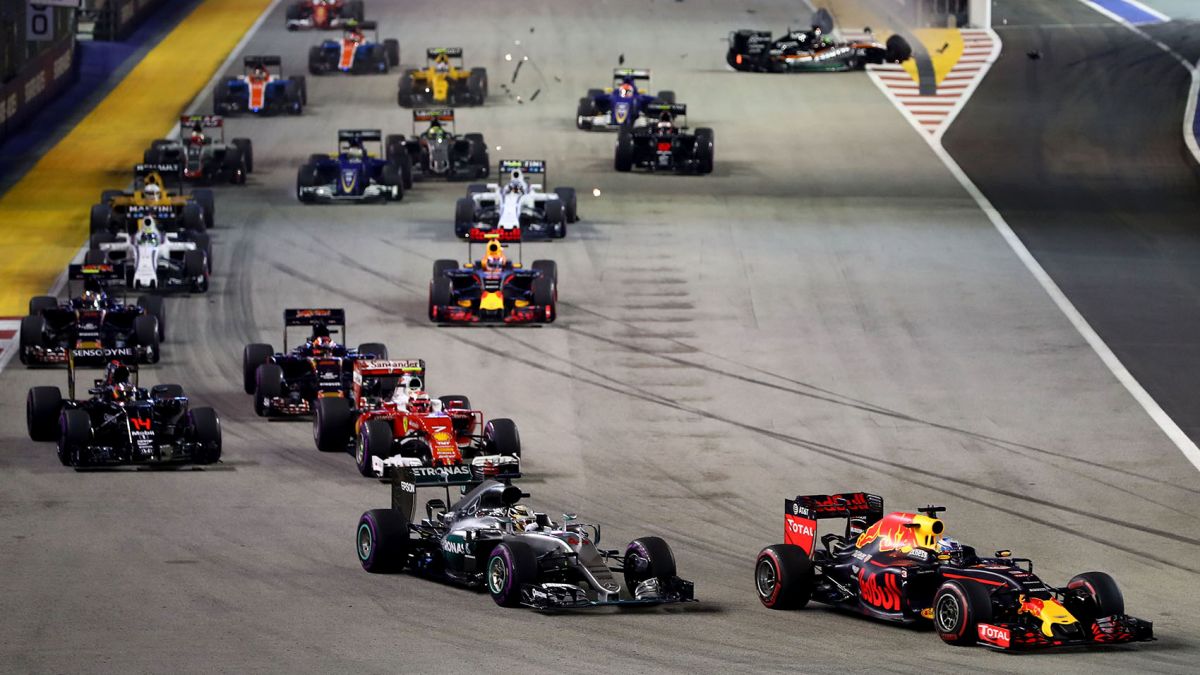 The field heads into Turn 1 for the 2016 Singapore GP, which was quickly placed under the safety car for Nico Hulkenberg’s incident. (Photo by Lars Baron/Getty Images)

Bernie Ecclestone said Monday he is working to keep F1 in Singapore.

Earlier, the F1 supremo had been quoted by a German magazine as revealing that because the city-state had reached its objections with the spectacular night race, it no longer wanted to be on the calendar.